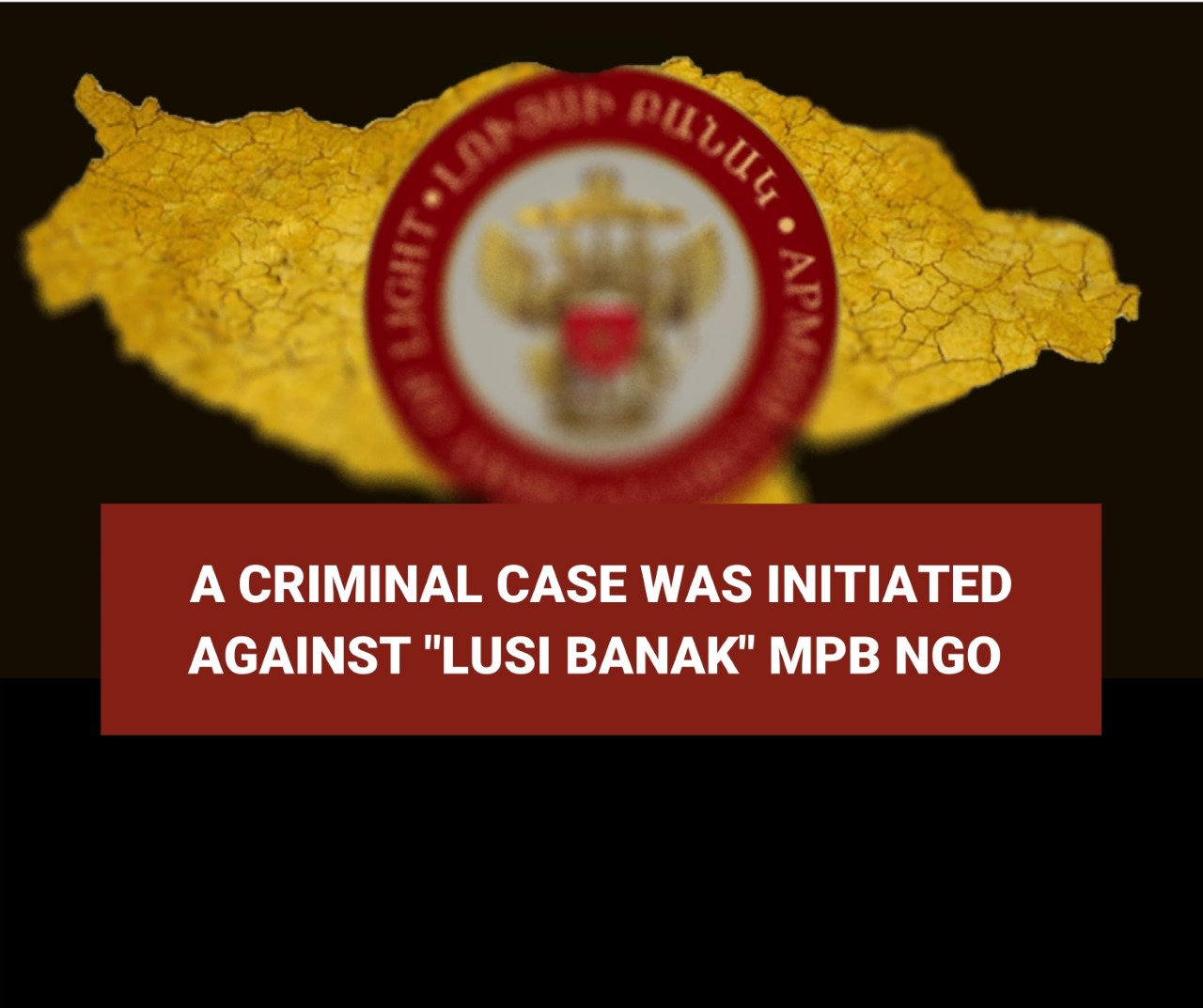 A CRIMINAL CASE WAS INITIATED AGAINST “LUYSI BANAK” MPB NGO

On August 2, 2022, the Humanitarian NGO New Generation (hereafter also the NGNGO) issued a statement on its official social platforms with the caption VIOLENCE IS PERPETRATED AGAINST A TRANS PERSON IN A LIVE BROADCAST, informing that Karen Arayan, the president of the “Luysi Banak” MPB NGO, published a video on the social network YouTube with the title “HE DESTROYED A TRANSGENDER IN THE STREET OF YEREVAN / GOOD JOB, VAHE!”.

Throughout the video, the latter publicly justified the violence against a trans* person by a user named “Beda Yegiazaryan” on the Facebook social network on July 31, 2022 at around 03:35, and also awarded the abuser with a certificate of gratitute for committing a “patriotic” act. The actions of the latter contain characteristics of a crime provided for by the criminal legislation of the Republic of Armenia, and according to Article 32 of the RA Law “On Public Organizations” it is a basis for the termination of a public organization․

NGNGO has taken effective steps regarding the above-mentioned: a crime report was submitted to the RA Police, as well as the RA State Revenue Committee, regarding the termination of the “Luysi Banak” MBP NGO in accordance with the law.

A criminal case was initiated on the basis of the report about the crime by the NGNGO. The case is under preliminary investigation. At the same time, the RA State Revenue Committee’s letter regarding the termination of the NGO was forwarded to the RA General Prosecutor’s Office in order to provide a legal assessment.

1.Public speech aimed at inciting or promoting hatred, discrimination, intolerance or enmity against a person or group of persons on the basis of racial, national, ethnic or social origin, religion, political or other views or other circumstances of a personal or social nature, as well as distributing materials or objects for this purpose implies criminal liability.

Publicly calling for violence against a person or group of persons due to racial, national, ethnic or social origin, religion, political or other views or other circumstances of a personal or social nature, publicly justifying or advocating such violence, as well as distributing material or objects for this purpose, if the characteristics of the crimes provided for by Articles 136, 151, 313, 328, 329 or 422 of this Code are absent, implies criminal liability.

1) In the course of its activity, the organization carried out an act of violently subverting the constitutional order or inciting hatred or advocating violence or war.