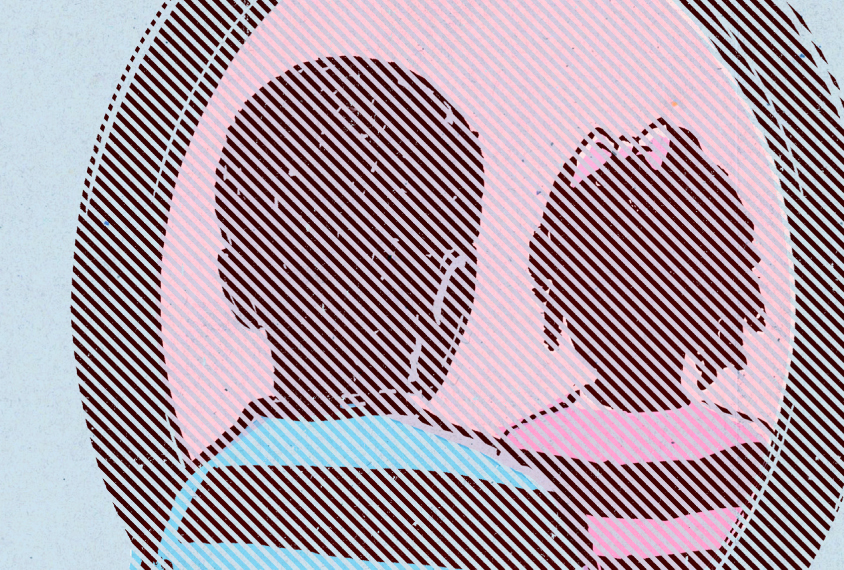 The concepts of “gender identity” and “sexual orientation” are among the most common and discussed in society today. Frequently confusing terms, we have already touched upon their differences on in one of our materials, you can read more at this link.

Very often, transgender people face numerous obstacles, stigma, discrimination and violence because of the mismatch of the moods and expectations of others, are stigmatized, discriminated against, abused, there are many such cases, and their number is increasing day by day. In addition to the negative attitude and reaction of society, there is another important circumstance that prevents trans* persons from being involved in society and not only, so to speak, to be accepted in society, to have equal opportunities and guarantees of the realization of rights, but also to be internally in solidarity with their own personality, appearance, not to succumb to frequent depressions and not to avoid human contacts.

“People can be identified by the gender assigned at birth, or vice versa. Gender, gender identity, gender expression of personality may differ and not coincide. Transgender or trans* umbrellas terms are used to describe people who are not fully identified by the gender assigned at birth. The term includes trans* women and men, non-binary and gender diverse individuals.  We use the term “gender diversity” to describe people who have experiences beyond the understanding of binary women and men. We use this term in addition to the term “trans*”, because many people who are non-binary, queer, agender or have a different gender identity, do not use the term “trans*” to describe themselves. Along with the depathologization of “transsexualism”, the term “gender dysphoria” came into use, describing the severe incongruence and the anxiety that trans* or gender-diverse individuals feel about their physical condition. This discomfort or anxiety often arises due to the discrepancy between their sex assigned at birth and gender identity of people. This is a clinical diagnosis that is currently used for a variety of trans* and gender diverse people who need medical intervention to bring their appearance and physical conditions in line with gender identity and expression. People with gender dysphoria are turning to a number of changes, taking steps to feel more comfortable with their gender identity. These changes can be social (names, pronoun, clothes, style), legal (passport changes), medical (hormone therapy, voice therapy, sex change),” says Hmayak Avetisyan, an expert on sexuality, gender and trans* competence issues.

The above problems are based not only on traditional values, national customs, mentality or religious beliefs, but also legislative gaps, which in this case are no longer gaps, but simply the absence of it.

Gender reassignment is not established by the legislation of the Republic of Armenia and no medical institution of the Republic of Armenia can provide a surgical service for sex reassignment within the framework of the law. In this sphere trans* people also face serious obstacles, because, on the one hand, these are serious psychological problems associated with incongruence with their own body, and on the other hand, very serious challenges of sex reassignment surgery. One of the options for carrying out the operation is to carry out outside Armenia, which requires quite a lot of financial resources, and the second is to perform it illegally in the Republic of Armenia, which by law establishes responsibility for both the patient and the doctor or medical institution performing the operation.

Hmayak Avetisyan also confirms that the lack of appropriate legislation on legal recognition of gender identity contributes to the deepening of discrimination against trans* persons. “As a result, trans* people face many obstacles, especially during surgery. Medical institutions in the Republic of Armenia do not provide relevant services to trans* persons, substantiating the lack of legal regulations, as a result of which persons are forced to leave the country for surgery in another country. Besides, trans * people also face many obstacles in changing the gender marker,” he says.

The list of problems and complications associated with legal gender recognition, however, is not limited to this, there are also cases when a person has the opportunity to perform surgery outside of Armenia, or in another way, but he does not perform it, facing another group of obstacles, “The reasons are different: many are afraid of the attitude of relatives, stigma and discrimination, violence and try to lead a more closed life, many are afraid to undergo improper hormone therapy and surgery, because in Armenia the sphere is not regulated, everything is done illegally, without consequences.”

Despite the numerous problems of trans* persons currently available, it should also be noted that there are positive developments on a global scale in the work on voicing their problems, developing possible solutions to them. In particular, it can be emphasized that according to the new International Classification of Diseases 11th update (International Statistical Classifier of Problems with Diseases and Health), published by the World Health Organization, ‘transsexualism’ is taken out of the list of mental disorders. It has entered into force since 2022, and the Republic of Armenia has committed itself to bring domestic legislation and policy in line with the classification.

New Generation Humanitarian NGO, in its turn, continues to contribute to the identification and solution of the problems of trans* people in the Republic of Armenia. The NGO has developed a draft law on legal recognition of gender marker, which, however, is still in the status of a draft.