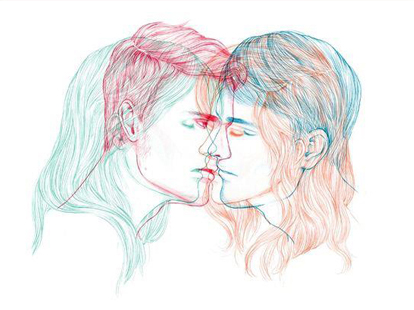 The life of bisexual people in Armenia

Raising the everyday issues of the LGBTI community, the issue of community members’ visibility, which can help many to live in peace with their “self”, is inadvertently ignored. This problem is more than relevant for bisexual* people. The reason is that, unlike other members of the community, it seems like the society is more tolerant towards them. Therefore, they have no visible problems. But what is the main reason for that? In fact, people simply ignore the existence of bisexual people. The lack of information is the reason, isn’t it? Today there is a need to voice that bisexuality is also a sexual orientation.

September 23 is the visibility day for bisexual people. However, it seems that the letter “B” is not in the LGBTI acronym. They are invisible both in the society (they are hidden, there are more bisexual people than it seems) and in the media field. They are often equated with unoriented monosexuals* or, more radically, pansexuals*. Monosexuality is attributed depending on the sex of the partner. For example, there is an opinion that if a bisexual boy is with a girl, he is already heterosexual, and if he is with a boy, he starts to be a homosexual. But doesn’t that change a person’s true sexual orientation? He used to like and he is going to like the person regardless of his/her sex. As a sexual orientation pansexuality is closer to bisexuality but the pain lies in the fact that all these concepts in our reality are often considered a purely moral characteristic. Since it is impossible to understandbisexual people from only one point of view, they helped us to find the cause and effect chain to all this.

“I just never thought that I would hate the same sex or it would be disgusting for me.” These words belong to Anna (the name was changed by her wish), who has become more obvious as a bisexual person during t 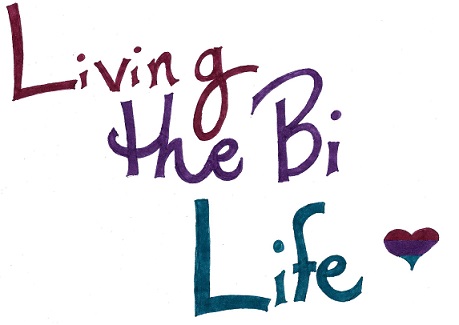 he last 1-2 years. This can characterize bisexual people taking the first steps in revealing themselves. However, there are stereotypes that they encounter more and more every year already as a member of the society causing an internal struggle related to not accepting himself.

It is not a secret that nowadays being considered a full member of the society requires a certain adaptation, which in turn begins in each of our families. If the parent has a clear social role, the child begins to think that this or that behavior, which deviates from the correct behavior known to him, is wrong and tries to get rid of it considering it just as a bad habit. Anna adds that she would be happy if her parents were the first to raise the issue, as she made the revelations for herself while talking to the children in the yard and her classmates. But after all, at such an age, any child reflects the behavior of their family, so the revelations are very subjective and cannot be considered reliable.

Everything became clearer to Anna when her close friend came out to her as gay. This is where her acquaintance with the LGBT community and various NGOs began in parallel with her acquaintance with herself. Anna pointed out: “There is no severe contempt or expulsion from the community but they show their sense of inferiority towards you. You are not heterosexual enough for heterosexuals; you are not homosexual enough for homosexuals. And such awkward questions are always asked. “Which sexis more attractive to you?” Which sex do you have more experience with? ” That is even within the community there is a certain ignorance or unserious attitude”.

However, as our next heroine Ellen statesthe attitude towards bisexual people inside the community and outside of the community is different. “Homosexuals, accepting me as a member of the community, have a positive attitude. Hetero women grew wary  thinking that I love all the women in the world, and hetero men wanted to convince me that they would be the only and last man in my life”.

There were even times when people did not want to insult her insulting all the other members of the LGBTI community very roughly. Usually the sentence starts with, “Well, whatever I am going to say is not referred to you, but…” . “But” is followed by various homophobic expressions, starting from the well-known ones, “they are sick people”, “they should be burned”, “I would beat them with pleasure”․․․ Is there a need to continue?

And how do bisexual people who are full members of the community feel at that moment? Doesn’t all this put passive pressure on them? And aren’t rooted stereotypes worse or equal to other forms of discrimination?

Ellen tried to get rid of her attraction  to girls but she did not succeed. She tried to find the answer to the question “Who am I?”: “I could not find the answer for a long time because I used to run away from myself. I tried to convince myself otherwise. Now I will say that I am self-sufficient and complete with all the disadvantages and advantages. The only problem is the country where I live. But looking through the prism of my goals, I am proud and grateful for being bisexual. Especially in our country I would choose to be the same, to change people’s stereotypes, which I can do. “Bisexuality is the bridge between a heterosexual society and the LGBTI community: you help them understand each other, you unite them.”

Referring to the reaction of the family, Ellen added that she wouldn’t like  her mother to be the first to speak to her: “It would have a negative effect on me. It was right that it happened when I was ready. “

There is another point of view on this issue. Artak (the name was changed by his wish) says that he never wanted to tell his parents about his sexual orientation: “I do not think it is right, because, for example, heterosexuals do not come out to their parents. Besides, my parents would feel pain at first. ”

Artak never wanted to hurt anyone: “I love life, I am sentimental, I am an optimist. I have a life strategy to make people smile when they think of me, to be good for everyone. There are no bad people for me, some are just embittered ” However, he did not live in peace with himself for quite a long time: “I accepted myself after demobilization  from the army. Before that I lived in an internal conflict, I am a believer, and I thought that it’s only me who’s like this. After accepting myself , my faith became stronger. I always prayed that God would remove the “evil thoughts” from me. I didn’t  receive an answer to that, while I have always received answers to all my other prayers. I understood that in this case it should be like this. “

It is the self-knowledge of the person that is the main step of accepting oneself. It turns out that due to lack of information, people often make discoveries about themselves by comparing themselves to others. It is true that one can see everything in comparison but can these comparisons give an objective result when people are either intolerant or simply ignore the phenomenon that is incomprehensible to them? “It is terrible. Latents * abound in our society. The reason is that people cannot be free and they get embittered. There are more cases of homophobia in the regions than in Yerevan. And there is biphobia even inside of the community. For example, if you get married, the attitude towards you will change. Usually we are not taken seriously. There is sexual behavior and sexual orientation. Personally, I have always been more emotional towards men but it also depends on the moment, the person and the relationship. ”

Apart from ignoring the incomprehensible, neutral attitude and other similarities (“How can you be bisexual, there are no bis?”), the Armenian society has a radical difference from the whole world, which Artak confirms: “We have specific criteria attributed to the Armenian man, and that criteria gives birth to a number of stereotypes.”

Yes, it is more difficult for a man, he is immediately considered gay, because people think that there are no bisexual men, they think that he is just trying to hide his real sexual orientation from society. Our society often confuses sexual orientation with sexual behavior. The problems are many and not superficial.

Artak wants to help people by his example: “So that if someone has questions, he/she doesn’t fight with himself like me, but sees that she/he is not alone.”

A same-sex bisexual couple faces the same problems and the same discrimination. Society does not differentiate them from homosexuals. That is, as long as you play by the rules set by the majority having a partner of the opposite sex, you are accepted. Otherwise you face homophobia. This is the most obvious argument that people are simply not aware of the consequences of not taking bisexual people seriously, rather than being more tolerant. It is necessary to confirm that a person does not stop being bisexual even if he marries and makes a final choice in favor of this or that sex.

Mary and Lusine (names are changed by their wish) are bisexual women. , They proved by their example that they have gone through the same trials as it is in the lives of gays or lesbians due to the same discrimination. “We have been discriminated against and blackmailed because of the envy of others,” said Mary, and Lusine added that it is better when the other person has any opinion because “In contrast to indifference, it is possible to change. It is indifference that breeds indifference. ”

“I do not like labels, I am a person who just loves,” Lusine concluded.

How long do we have to go to extremes, limiting our own horizons by attributing our own ideas and definitions to a person’s behavior? Eventually, turning a blind eye to this or that case, we all become more vulnerable. Realizing and accepting the diversity of people, we create a society where it will be comfortable to live first of all for us.

**Monosexual: Person who has the capacity for romantic, emotional and/or physical attraction to members of one sex or gender only.

***Pansexual: Person who has the capacity for romantic, emotional and/or physical attraction to person(s) regardless of their sexual orientation and gender identities.