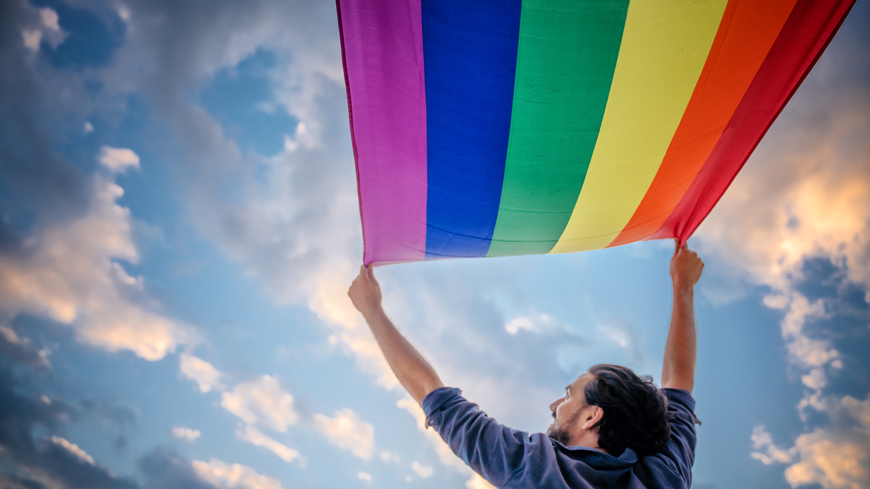 GENEVA, 15 May 2020— Ahead of the International Day against Homophobia, Transphobia and Biphobia (IDAHOT), on 17 May, UNAIDS is calling on governments to immediately stop arbitrary and discriminatory arrests of lesbian, gay, bisexual, transgender and intersex (LGBTI) people based on their sexual orientation or gender identity and to enact laws to protect their human rights.

Since the start of the COVID-19 pandemic, there have been news reports of murders of transgender people in Puerto Rico, arrests of LGBTI people in Egypt, the United Republic of Tanzania and Uganda and increasing violence and abuse in Cameroon and the Republic of Korea.

“Arbitrary and discriminatory arrests and harassment of LGBTI people must stop,” said Winnie Byanyima, UNAIDS Executive Director. “The COVID-19 crisis has exposed and exacerbated the inequality, violence and abuse that LGBTI people face every day. We need to break the silence against these draconian laws, which only serve to further marginalize people,” she added.

As of December 2019, more than 70 countries criminalize same-sex sexual behaviour. Under the Universal Declaration of Human Rights and the 2030 Agenda for Sustainable Development, governments have a moral and legal obligation to remove those laws and to enact laws that protect people from discrimination.

A few weeks ago, UNAIDS and MPact released a 12-point plan to uphold the human rights of LGBTI people and ensure their inclusion in COVID-19 response strategies.

IDAHOT, a worldwide celebration of sexual and gender diversity, has chosen the theme “Breaking the silence” for 2020 to commemorate the World Health Organization’s decision in 1990 to declassify homosexuality as a mental disorder.

The day represents a major global annual landmark to draw the attention of decision-makers, the media, the public, corporations, opinion leaders and local authorities to the alarming situation faced by people with diverse sexual orientations, gender identities or expressions and sexual characteristics.

“We need solidarity to save lives and we need to help build healthy communities and societies so they can respond to HIV, COVID-19 and the next pandemic,” Ms Byanyima added.

The sourse if the material by the following link.