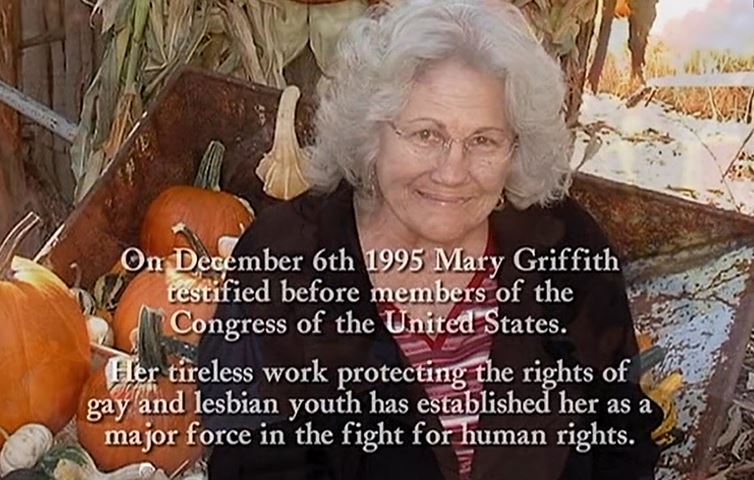 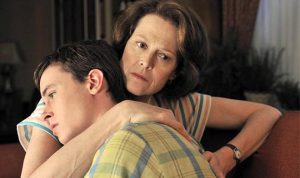 On December 6, 1995, Mary Griffith testified before the United States Congress.

Homosexuality is a sin. Homosexuals are doomed to spend eternity in hell. If they wanted to change, they could be healed of their evil ways. If they would turn away from temptation, they could be normal again if only they would try and try harder if it doesn’t work. These are all the things I said to my son Bobby when I found out he was gay. When he told me he was homosexual my world fell apart. I did everything I could to cure him of his sickness. Eight months ago my son jumped off a bridge and killed himself. I deeply regret my lack of knowledge about gay and lesbian people. I see that everything I was taught and told was bigotry and de-humanizing slander. If I had investigated beyond what I was told, if I had just listened to my son when he poured his heart out to me I would not be standing here today with you filled with regret. I believe that God was pleased with Bobby’s kind and loving spirit. In God’s eyes kindness and love are what it’s all about. I didn’t know that each time I echoed eternal damnation for gay people each time I referred to Bobby as sick and perverted and a danger to our children. His self esteem and sense of worth were being destroyed. And finally his spirit broke beyond repair. It was not God’s will that Bobby climbed over the side of a freeway overpass and jumped directly into the path of an eighteen-wheel truck which killed him instantly. Bobby’s death was the direct result of his parent’s ignorance and fear of the word gay. He wanted to be a writer. His hopes and dreams should not have been taken from him but they were.

There are children, like Bobby, sitting in your congregations. Unknown to you they will be listening as you echo “amen” and that will soon silence their prayers. Their prayers to God for understanding and acceptance and for your love but your hatred and fear and ignorance of the word gay, will silence those prayers. So, before you echo “amen” in your home and place of worship. Think. Think and remember a child is listening.