INTERSEX: WHAT DOES IT MEAN, WHAT ARE THE MAIN ISSUES?

“I always thought that my body could not be healthy, that’s why I always kept that fact a secret from both relatives and friends. Now I understand that I wish I had not lost so much time on those fears,” says Andranik, a representative of the intersex community in Armenia (name has been changed, pronouns: he/his/him). According to him, only the idea, the label of being  “intersex” is already isolating, although he knew very little information about intersex people.

According to him, his parents were constantly upset because of his intersex status and influenced Andranik by their behavior so that he also hated his body.

Parents who have intersex children should not decide instead of them

According to Andranik, he was able to meet people who taught him to love his body, treated himself as a healthy person, not a sick person, the communication with them made him self-confident, taught him not to be afraid of his own self. “It turns out that the more we share our experience, the more compassionate people become.”

Andranik says that more painful than surgeries and medical interventions is being rejected in your own body, not adapting to your own body.

Andranik’s story is one of those stories that intersex people experience throughout their lives. They are not so few around us, but often we do not know them. Often these people are not accepted not only by their own parents, but also do not receive professional, psychological-medical support.

Often parents and doctors hide that the child is intersex, as a shameful phenomenon, and also because the information about intersex is quite little and distorted. 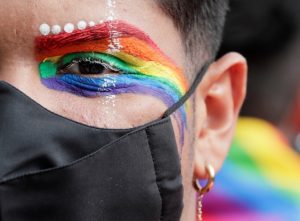 I have already overcome all fears, moreover, I help people like me

Elina (name has been changed, pronouns: they/their/them) is one of the intersex people living in Armenia that grew up surrounded by fears and the awareness of being different. At birth they were assigned as a female, but later realized that they were intersex. “I have always avoided going out with my friends. I used to ask my parents questions about my genitals at an early age, I wanted to know why I have everything different from other girls, but they did not have an answer because they were not yet educated about the problems of intersex people,” says Elina.

During the years of maturation, they visited a doctor who, after studying, said that maturation occurs late. Then it turned out that there was a need for surgery. “The operation took too long because it was the first time my doctor had a patient like me. I didn’t know until recently that I was intersex, because even doctors didn’t use the term “, Elina says, adding that after the operation, they met people like themselves and organizations on the Internet, got acquainted with the problems of intersex people. “Now I have overcome all fears, moreover, I help people like me to accept themselves,” Elina says at the end of the conversation. 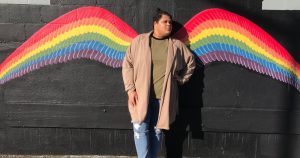 Who are the intersex people

Gender is usually divided into two categories: male and female; everyone who has XX chromosomes, a higher level of estrogen, vulva, uterus and breasts – in one category, and everyone who has XY chromosomes, a higher level of testosterone, penis, testicles and do not have breasts – in other. ​However, this is not complete information, children can have all the physical features, but this is not enough to determine the male and female gender.

We talked to Hmayak Avetisyan, Capacity Building Coordinator of New Generation Humanitarian NGO, sexuality expert, on the issues of protection of the rights of intersex people and the situation in Armenia.

What is the condition of the intersex person living in Armenia, to what extent are their rights protected?

Intersex is a status when a person is born with a reproductive-sexual anatomy that “does not fit” in male or female concepts. In Armenia, intersex people are often operated on at the time of birth, so that their body clearly fits into the idea of a binary (male or female). The preference is for a boy. Doctors assign them a legal gender: male or female, which, of course, does not mean that they will grow up and their body will match their gender identity and expression. Hence the problems arise.

Intersex status is a natural phenomenon, not a medical problem, so there is no need to subject children to medical intervention.

Since intersex is expressed at different levels, people can very often live their whole life without knowing that they might be intersex. Intersex variation can also manifest itself at the chromosomal level, and not in a combination of gonadal or visible genitalia, and only special studies can show that a person is intersex (by the way, studies are quite expensive and inaccessible to many).

Intersex people are not as few as many imagine. They already have a community formed in the world, thanks to the activism of which the rights of this community are already respected in the leading countries, and cultures are changing. Today, many countries believe that intersex children should not be subjected to unjustified medical interventions and operations, on the contrary, they should grow up and decide for themselves what treatment they want or whether they want to change something or not.

Armenia, of course, is far from this reality, because intersex people are not yet known in our country, the state does not even imagine that there are children born in this status who have their own specific problems and needs.

What do intersex people living in Armenia need, do they receive sufficient medical and psychological support?

There are a number of stereotypes around intersex people that prevent them from  being recognized.

First of all, we need to fight against the phrases we use, refrain from formulations that may be offensive or discriminatory to intersex people. Such words as ”hermaphrodite”, ”shemale”, etc., which are common in Armenian and are discriminatory.

Intersex is a natural status, but people very often associate it with transgender people. Intersex can be transgender, but there are cisgender intersex people, and in general they can be of any kind, as non-binary, male, female, agender, etc։

The next stereotype is that intersex people are the result of mutation. This formulation is not only completely wrong, but also offensive.

Only after overcoming such stereotypes we can talk about protecting the rights of intersex people, about providing them with medical and psychological assistance.

Of course, there are community organizations that protect the rights of this group and provide the necessary support, but nothing is being done at the state level.

What should parents do when, after the birth of a child, it turned out that he was an intersex person?

What advice would you give to intersex persons living in Armenia, how should they fight for their rights?

Intersex people are the same people as others, have feelings, values, dignity. Human rights are for everyone, and they should also enjoy their freedom. I want all intersex people to fight against the idea that “different is bad” because all people have differences. And it is important that intersex people know that they are not alone in the struggle for their rights.

There is not much information about intersex people, and in Armenia they are often silent about them, but people with this status are full members of society. Their rights and concerns should also be voiced and resolved.