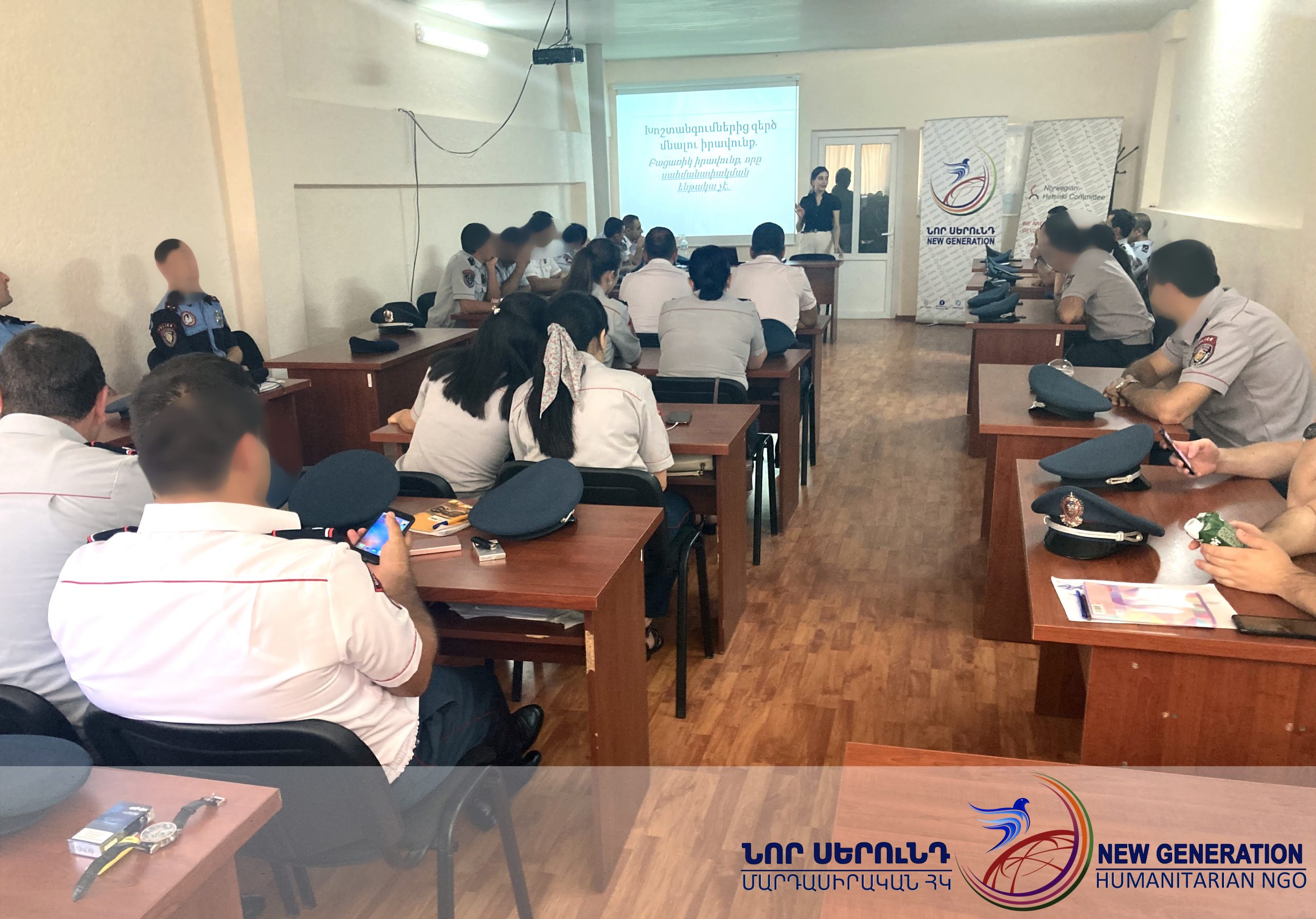 ANOTHER TRAINING AT POLICE EDUCATION CENTER OF THE REPUBLIC OF ARMENIA

The cooperation between New Generation Humanitarian NGO and the Police Education Center of the Republic of Armenia continues in the context of organizing training sessions for police officers passing requalification at the Education Center.

Within this cooperation, Nushik Ter-Movsisyan, the expert of New Generation Humanitarian NGO and lawyer of the Helsinki Citizens’ Assembly Vanadzor Office conducted training sessions on the topics of the Right to Freedom of Assembly and the Right to be Free from Torture on July 7 and July 8, 2021.

The first day of the training was dedicated to the topic of the Right to Freedom of Assembly, in the scope of which the trainer introduced to the participants the important normative legal acts regulating the field, types of assemblies, the norms of giving notice about the assembly, the role of the police and their actions, the international practice, legislation, the right of minorities to assembly.

The topic of the training on July 8, 2021, was the Right to Be Free from Torture. Within the framework of the topic, the definition of torture was presented, the distinction between torture and bad attitude, as definition of violation of the Article 3 of ECHR, the specificities of examination of the cases of victims of torture, the International Standards for Torture and inhumane attitude, the positions expressed in the ECHR decisions were discussed, the statistics of torture cases at the criminal executive institutions, police and army of the Republic of Armenia were presented.

The training was concluded with questions and answers.

The training was organized by New Generation Humanitarian NGO in cooperation with the Police Education Center of the Republic of Armenia with the financial support of the Norwegian Helsinki Committee.