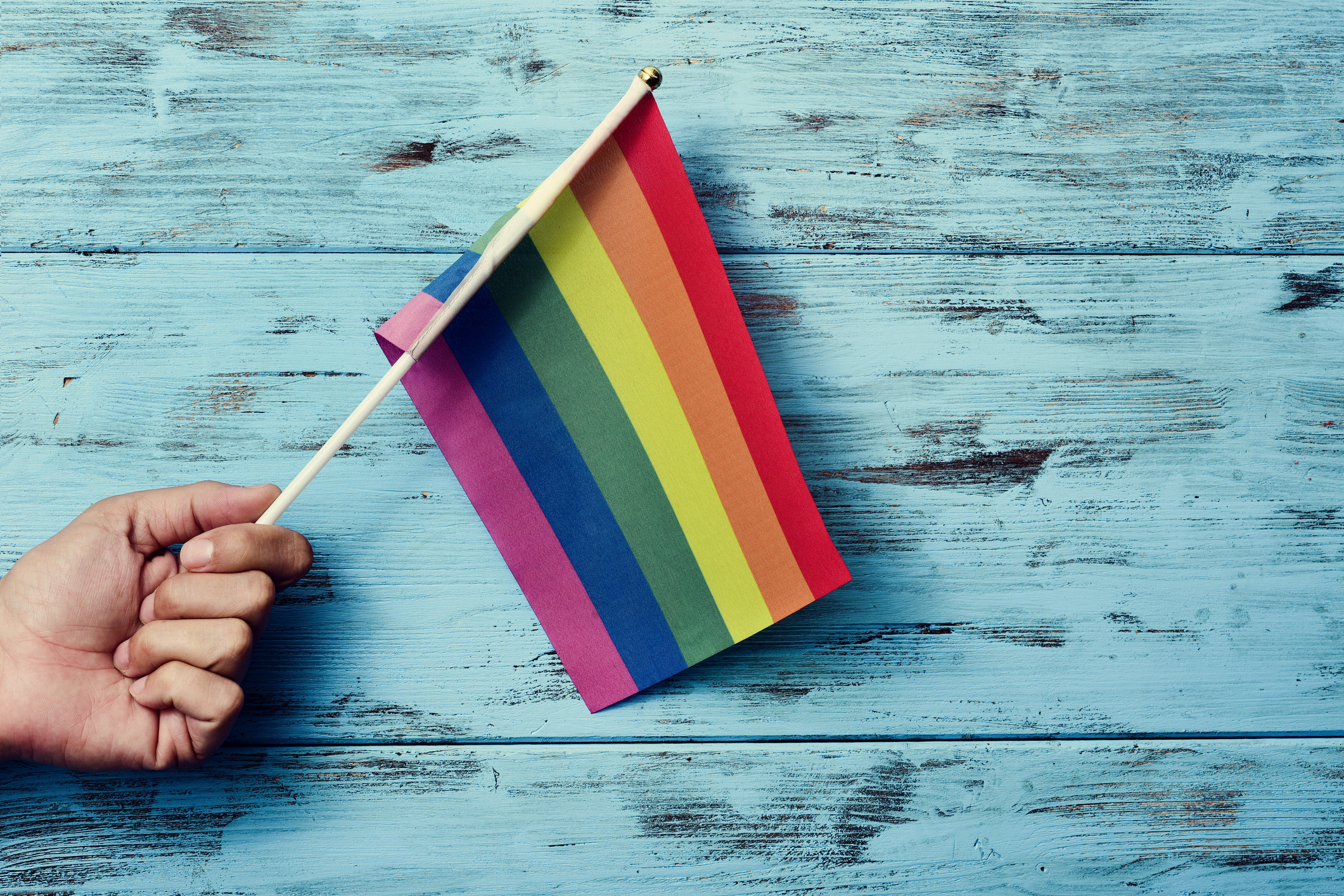 LGBTI+ is an abbreviation that consists of the first letters of the names of sexual minorities: lesbian, gay, bisexual, trans*, intersex and other representatives who belong to the sexual diversity.

LGBTI + people have been fighting for their rights since the beginning of the 20th century. More than a century has passed since then but people of “non-traditional” sexual orientation still face discrimination and violence. And why are so many people against LGBTI+ people? How does it harm “traditional” families? The reason is the myths.

Myth 1. This is all propaganda. The witnesses of Soros want to eliminate the Armenian nation, so they send grants to the local NGOs to do the propaganda of LGBTI+ people for the children to see and also become LGBTI+

Is it possible to change one’s sexual orientation as a result of propaganda? Unfortunately, no such research has been done in Armenia yet! Moreover, until recent years, the majority of the society did not particularly remember those who had “other” orientations. But they existed then and they exist now. Some of them have even been married for decades to people they do not love, drowning themselves and their spouseс in lies, blowing dust in the public eye so as not to be harshly criticized or justified for who they are. But, yes, they do exist. They are the generation of the years when the so-called “propaganda” did not even exist. People have been in conflict with their own gender, desires and identities, and have often had no idea that they are not alone and that other people like them also exist. And now, when the generations of the 90s and 2000s behave relatively more freely, it seems to people that the “Gayrope” is doing propaganda here and “spoiling” the youth.

And while this is the situation in Armenia, research in this field has been done and is being done in the world for a long time (example 1, example 2). Homosexuality is now considered a type of normality, not a deviation or a disease or a fetish that can be contracted through propaganda or seeing a kissing gay couple outside.

In the context of this myth, it should be also noted that there are homosexual animals in nature. Some species are monogamous and therefore remain faithful to their homosexual partner for the rest of their lives. But most of them are more often bisexual. Hardly anyone can call such a phenomenon of nature a result of prօpaganda or “running after fashion”.

So, the so-called “propaganda” has nothing to do with being or not being homosexual, moreover, with creating or multiplying them.

Myth 2 ․ It does not matter to me what they do in their homes away from us, but let them not show their “perversions” in public places

Here it sounds like “there was no sex in the Soviet Union.” But, after all, the children appeared from somewhere, right?

Our society is based on interesting principles, according to which, for example, sexual life is not talked about directly and openly, most parents do not prepare children for puberty and do not tell them about sex, often spouses do not even openly discuss their bed life with each other. BUT everyone reserves the right to ask the other person if he or she is married or has children, or when it comes to daily gossip over a cup of coffee, one can wash the bones of all the neighbors, starting and ending with their sexual details.

Extramarital sex itself is considered taboo as a “perversion”. And homosexual sex even more. And why so many people strain their imaginations to imagine and dislike homosexual sex, or why the well-known statistics of 18+ internet searches from Armenia surprise us every year, is another question.

Now think and answer with your hands on your heart , what century is it now for you to learn to kiss from a couple kissing outside, if you can learn endlessly hidden in your bathroom and bedroom?

And do not forget that sexuality, one way or another, exists and has a special place in the life of all of us. The more closed this topic is, the more we try to learn about it by secret ways. And the less there is accurate information available, the more likely it is to listen to information of uncertain origin from outside and take it as a basis.

It is possible to relate to this strange myth when having a dialogue on the topic of LGBTI with almost all homophobes. This is the main weapon of those who aim to set the society against innovations, new authorities or any other change, connecting them with “Europeans” and connecting “Europeans” with gays.

In general, children, being one of the weakest and most in need of protection part of the society, often become a tool of such manipulations. Because everyone, regardless of whether they have a child or not, is concerned about vulnerable children due to their human instinct for care.

University of California professor Gregory Herek, one of the leading experts on minority prejudice in the United States, has conducted a number of studies and found no evidence that gay men are more likely to be sexually abusive to children than heterosexual men.

Anti-LGBTI activists do their best to associate child molestation with being gay. However, Nicholas Groff, an American expert on sexual violence against minors, denies all these false allegations in his recent works. According to him, perpetrators of violent sexual acts against young children are divided into two types: constant and regressive. The constant type of abusers, the same pedophiles, should not be called heterosexual or homosexual, as their sexual desires often lack the desire for adults, they abuse children, regardless of gender. The regressive type of abusers usually feel sexual attraction to other adults, but when under stress, they may experience psychological “regression” and focus on children. As a result of his research, Groff found, as Herek points out, that the vast majority of violators belonging to the regressive group are heterosexual in their adult relationships.

The American Institute for Child Molestation Research & Prevention states that 90% of perpetrators of child abuse find their target children among their relatives and friends and are mostly men married to women.

So linking this myth to gay men is a disgusting manipulation against all those homosexuals who have lived  misunderstood and downtrodden on this earth for decades and centuries.

Myth 4. People become homosexual because they have been abused as children or their parents have not shared their gender roles properly

People often claim that homosexuality is a mental disorder caused by traumas rooted in childhood.

The most terrible consequence of this myth is that the parents of homosexuals are being demonized, and they are forced to carry the labels of failed parents, parents who did not protect their children from violence, and parents who misdiagnosed gender responsibilities.

The fact is that there is no scientific research in the world that connects homosexuality with the above.

The American Psychological Association noted in their 2000՛s study that child sexual abuse among adults who identified themselves as gay, bisexual, or lesbian was no more common than those adults who have become adults and identify as heterosexual.

In a similar way, the American organization “On Male Sexual Violence” states on its website: “Sexual experts do not find that premature sexual experience can play a significant role in the process of developing sexual orientation at an older age,” they say, adding that it is unlikely that anyone will be able to make another person gay or heterosexual.

If in the fight against racism we prove that no one chooses the color of their skin at birth, which justifies anti-racist movements, then anti-LGBTI activists do everything to make us think that being gay or lesbian or bisexual is a choice.

Unlike skin color, sexual orientation may not have any outward signs but it does not mean that people should hide their identity and sacrifice their lives.

Think for yourself, who would want to be part of a sexual minority in a society where you could be in danger at every step because of that?

Myth 6. Gays can simply give up being gay and become heterosexual

This is a continuation of the previous myth. “If they are not born gay, they can choose to ‘change their sexual orientation,'” homophobes say . This assertion is more commonly used by homophobes who express their hatred through religion. They say that deviating from the “traditional” sexual orientation is a sin and people have free will and choice to abstain from sins.

As a result, many priests offer services such as therapy of “getting rid of unwanted homosexuality” or rituals of “removal of homosexuality”, etc.

Such therapies are nothing more than pseudo-scientific nonsense which became more prevalent during the first gay movements of the last century, and the effectiveness of which has been denied many times by various psychological studies since then. Even in 1993, the American Academy of Pediatrics argued that such therapies were contraindicated because they could cause feelings of guilt and anxiety while not affecting even a little bit the sexual orientation.

The Pan-American Health Organization, the world’s oldest international health organization, issued a statement in 2012 saying that the use of such therapies in people of non-heterosexual sexual orientation has an impact on people’s health and well-being: “In none of its individual manifestations is homosexuality a disorder or a disease; therefore, it does not require treatment.”

Myth 7. LGBTI people can be distinguished by certain behavioral and external features – all gay men are feminine and all lesbian women are masculine

In fact, sexual diversity can be represented with as many different types of people as a heterosexual society can.

Trans men are those who were born as women but are men by gender identity and self expression. They prefer to be treated and perceived as a man. For one simple reason, because they are men. As for their sexual orientation, they can like women or, in the same principle, they can like men. In this way, trans women are people who were born as men but are women by gender identity and self expression. And they prefer to be treated as women. For another simple reason: because they are women. And they can feel attracted to both women and men.

Human beings come in different shapes, sizes, colors, and have different preferences. There is no simple way to understand who likes whom. For example, in order to know what movies or food that person prefers, it is first necessary for that person to share that information with us. In the same way, there is no exact way to find out a person’s sexual desires until he or she has shared that information with us.

However, because of the current homophobia, not all gays, lesbians, bisexuals, and other members of sexual diversity can express their sexual orientation openly.

In addition, many people who are not LGBTI +, as mentioned above, can choose to dress or behave in a way that is not “normal” for the majority of society.

These are very small but, unfortunately, the main part of all the myths that circulate and cause misunderstanding in the society towards LGBTI people. The reason for spreading them is mainly to subject people to political manipulations. But how fair is it to try to justify one’s own political views at the cost of the quality of people’s life?